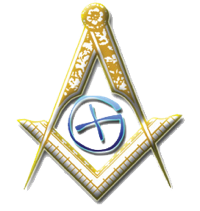 Dr. S. Brent Morris has stated that Masons were, arguably, the world’s first Geocachers. When Enoch and Methuselah buried the triangular golden plate etched with the eneffable name of God upon it deep below the foundation of the Temple, they created the first geocache. There’s even a Masonic Geocaching Society that participates on Facebook and through the Scottish Rite.

Geocaching is a worldwide phenomenon. Players all over the world participate in this high-tech treasure hunt. They conceal containers filled with ‘swag’ in different areas, and other players come along and find them. A geocache is usually a small container (watertight ones work best – like a plastic 35mm film canister or a small tupperware container) that holds a logbook and some kind of ‘treasure’ (a coin, a trinket, a travel bug, etc.).

There are collectable coins that can be found, travel bugs, and other finds that can be placed in a cache. All of the caches and their locations are listed on www.geocaching.com.

One of the more interesting items that are in play are trackables. A trackable is an item that has a trackable code printed on it. It can be a metal coin (a geocoin), or – more often – a simple metal plate about the size of a dog tag with a picture of a black barcode shaped like a bug on it (a travel bug). Some of these items are put out by individuals, and others are put out by companies or sponsors, like Jeep or the United for Diabetes campaign. Players will find these trackables in a cache and then carry them to another cache, and this cycle will be repeated over and over again. I’ve got two trackables (Stonecutter and Tinkerbell) that yave traveled thousands of miles from where I first placed them in a Newport Beach cache. One has traveled to Colorado, the other is in Minnesota. I found a United for Diabetes travel bug that came to Newport from the Phillipines and it’s since traveled on to Manchester, UK.

While the idea is simple, the draw isn’t so much the trinkets or what you find IN a cache, it’s the actual search for the hidden that first attracted me. Geocaching can take you to a neighborhood park, undersea, or even places off the beaten trail that you wouldn’t normally go to or see in National Parks and other recreational areas. Geocaching has taken me through the Back Bay in Newport Beach, to the top of Mount San Jacinto, the base of a Sequoia that was hundreds of years old in Kings Canyon and even to an old mine deep in the desert.

All you need to play is a GPS and a willingness to turn off the TV, log off the computer and step outside…