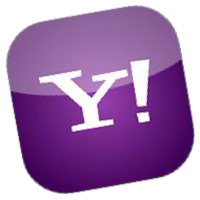 Possibly one of stupidest questions ever asked.  But wait!  There’s more.  The person who asked this question expanded greatly on it, and proudly displayed their ignorance of the fraternity for all to see (starting off with references to YouTube, no less!):

There’s many videos on Youtube and sites on the net that claim Freemasonry is involved with atrocious activities. I have heard accusations including everything from them being Satanists, Luciferians, drink goat’s blood, gangstalk victims, and are drug dealers. Most sources state that low level Freemasons are lead to believe that Freemasonry is actually about charity, and attaining higher morals of conduct towards humanity/society. Once higher levels are attained the initiate will be let in on other dealings, such as involvement with the “New World Order,” and “Luciferian Doctrines.”

You can search all day and night for a straight answer on this, but it seems the views conflict over and over again. Most Freemasons will claim they are all about charity work, and even say, “We take good men and make them even better,” or some other prepared rhetoric. Another line used, when questioned about the strict secrecy is, “We aren’t a secret society, but a society with secrets.” Which, is pretty much the same thing.

How can a Freemason blatantly lie, and say that Freemasonry has nothing to do with “Lucifer,” when Lucifer is spoken of in one of their main works? Which, I must reiterate, I have read the entire “Morals & Dogma,” so there’s no way you can convince me otherwise. So we have evidence that “Lucifer” is in fact spoken of in Freemasonry. (Now what the work says about Lucifer is a whole different can of worms, but regardless, “Lucifer” is there, and spoken of highly — aka, praised.)

Some further comments I have on Freemasonry: After reading “Morals & Dogma,” by Albert Pike I could quickly see the relationship between Eliphas Levi’s works, such as “Transcendental Magic,” or “The History of Magic.” It’s obvious that Freemasonry is highly involved with The Occult, what some would call “Witchcraft,” and definitely Kabbalah. I am also quite familiar that some Lodges use Henry Cornelius Agrippa’s work, “3 Books of Occult Philosophy,” which I have read entirely as well.

I’d love to hear a Freemason reply, claiming Lucifer is never mentioned by any Freemason authors, literature, etc. Because I know you will be lying off top!

I must add that: After finding a list of literature the Initiate/Mason is to read at attaining each degree, that I have already read most of these works. Yet I am not a Freemason. So I guess I have the same knowledge a Freemason does, only I never had to pay money for it, wear a funny costume, and make blood/death oaths. Thus I can post messages like this about it, without having to feel guilty I broke a sworn oath. It seems I can talk about Albert Pike, Lucifer, Kabbalah, Magic, Sacred Geometry, etc, openly, with anyone, with the whole world… yet Freemasons must remain in the shadows about it, and lie, claiming they don’t.

So what do you Kids think? Is Freemasonry advocating a Luciferian Doctrine? Masonic Literature says YES. Freemasons say NO. Expert liars? or just ignorant of their own cult’s practices? – Illuminati Messiah, Yahoo!Answers

Yes, the person says they’re “Illuminati Messiah.”  Weird, huh?  Given that the Illuminati were a Bavarian political group that advocated the overthrow of hereditary European Monarchies and not a religion of any kind.  Not to mention that they only existed between 1776 and 1785.  The person who asked this question is turning out to be quite the “historian.”

But I digress.  The answer to the question is this:

Nope. Freemasonry is a social fraternity, not a religion. It doesn’t teach doctrine of any kind.

YouTube isn’t a citable source – unless, of course, you want people to point and laugh at you for thinking anything on YouTube has anything to do with reality.

There’s no such thing as a ‘low level’ Freemason.

There’s no such thing as ‘higher level’ Freemason, either.

Freemasonry isn’t a secret society, nor a society with secrets.

Albert Pike’s book – Morals and Dogma – has nothing to do with Freemasonry. Nor is Albert Pike considered one of the “most important Freemasons ever.”

Morals and Dogma isn’t ANY part of ANY reading material for ANY degree in Freemasonry. Nor are there any type of ‘statistics derived from Masonic Lodges’ about which books are ‘legitimate Freemasonic literature.’ In fact, if you asked MOST Freemasons about Albert Pike, they’ve never heard of him.

When you ask ‘How can a Freemason blatantly lie, and say that Freemasonry has nothing to do with “Lucifer,” when Lucifer is spoken of in one of their main works?’ the question loses all of it’s force and effect. Why? Because you are in no position to judge whether a Mason is lying or not; you’re not a member of the fraternity, you haven’t done your homework, you’re referencing a text that isn’t part of Freemasonry, and its certainly not one of the fraternity’s ‘main works.’ You have no basis of reference, and you have no knowledge of the subject you’re accusing others of “lying” about.

You have no evidence at all that “Lucifer” is in fact spoken of in Freemasonry. All you have is a book that virtually no Freemason has read, that has nothing to do with Freemasonry, and you’re accusing people you don’t know and have no knowledge of lying. You might as well have read Marie Claire and demanded to know why Freemasons have no fashion sense.

To reiterate what I’ve said about your knowledge of Freeamaonry: Duh.

You haven’t read ANYTHING the “Initiate/Mason” is to read. Why? Because there’s no such list. DuuuUUUuuuh.

If you truly want to learn about Freemasonry, then you should read Freemasons for Dummies, by Christopher Hodapp … although, to be fair, it may be far too advanced of a text for you; it is, after all, written for dummies.