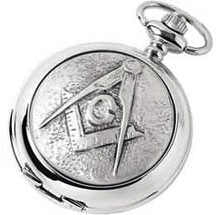 Time, in Freemasonry, moves at a pace sometimes best described as “glacial.” The ritual we practice was written in the 18th century – there’s not a whole lot of call for ‘wasteth’ or ‘convocation’ or ‘yea, verily’ or ‘fiat’ in the modern American version of the English Language. Unless, of course, you’re an Italian car company reintroducing your product into the American market.

And do not get me started on how the word ‘fiat’ is pronounced “fee-aht” not “fy-at.” I’ve an English and Latin literature background AND a Sicilian mother.

While Masonic time seems to move slowly (it becomes even slower – painfully so – if you’re walking a candidate around and you forget what the next word is…), it is actually DIFFERENT from the Christian – or Anno Domini – era calendar.

Each time you sign in at Lodge, you’ll notice that at the top of the ledger page there’s the year – followed by “A.D.” (for Anno Domini) and then a curious second date, followed by the letters “A.L.” What does that “A.L.” stand for?

The Masonic Calendar is based on the “Year of Light” (“Anno Lucis” – or “A.L.”) calendar. The Year of Light refers to the biblical account (from the King James Old Testament) of the creation of the universe – Genesis 1:3: ” And God said, Let there be light: and there was light.” The Year of Light took place about 4000 B.C.E.

The A.L. calendar was a replacement for the “A.M.” or Anno Mundi (“Year of the World”) calendar, which was created by Irish Bishop Ussher in 1650, and is calculated (in the margins of the old Authorized King James Bible) as the creation of the universe as being on or about 4004 B.C.E.

You’ll notice that there’s a discrepancy: the A.M. calendar is four years different than the A.L. calendar that we, as Masons, use. The reasoning behind this is somewhat convoluted and involves the Jewish, Julian and Gregorian calendars which all – also – have discrepancies and have had modifications to them by kings, popes, princes and potentates over the years. And, as we have recently seen in the news, sometimes figuring dates can really give you a headache. And make you make horribly incorrect predictions. Twice.

Suffice it to say that the A.L. Calendar adds, basically, 4,000 years to the A.D. calendar, making this year Masonic Year 6011 A.L. There is no specific Masonic significance beyond that to the Anno Lucis calendar.