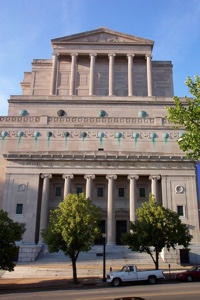 Such could be a classified ad for the Masonic Temple at 3681 Lindell Boulevard. Masons, who meet at the huge edifice only about 10 times per month, plan to move to a smaller building.

The temple has been a city landmark since 1976. Five years later, it did a star turn in the movie “Escape from New York,” filmed largely in St. Louis. In a nighttime scene, stars Kurt Russell, Ernest Borgnine, Harry Dean Stanton and Adrienne Barbeau walk down the temple’s front steps.

It’s a shame that such a landmark would be sold, and shows that maybe – just maybe – we need to better manage our properties or they’ll be lost to future generations of our great fraternity.