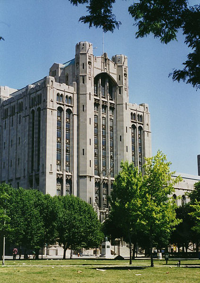 The Masonic Temple Association of Detroit, which owns the Masonic Temple, booted the management company, Halberd Holdings, out of the facility in 2012. The association claimed, among other things, that Halberd was ruining the temple’s reputation by not paying its bills and hiring felons. END_OF_DOCUMENT_TOKEN_TO_BE_REPLACED