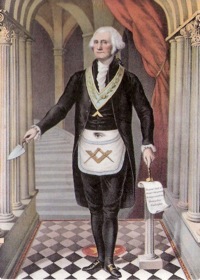 In October of 1789 the United States had only emerged from the Revolutionary War by a scant few years. We had newly elected our first President, George Washington (raised to the Sublime Degree of Master Mason in the Lodge at Fredericksburg on August 4th, 1753), and the Congress was busy delivering the fresh-off-the-presses Bill of Rights that had been adopted as the first ten amendments to the new Constitution to the state capitols of the new United States. The Judiciary act of 1789 formed the entire federal judiciary, including the Supreme Court.